Have You Always Dreamed About Making A Big Impact In The World Using Your Personal Story?

Get Published is Specifically Created for Influencers who are:

You'll learn the step-by-step process of how to start writing your personal story and get it published so you can leverage your book and get more paying clients. 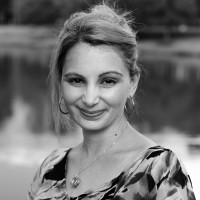 Melissa Desveaux lives in Sydney, Australia, with her husband and two boys. She struggled through three miscarriages and had a stillborn baby in 2007 and after her sons were born, she published her memoir My Life Of Loss. Melissa has compiled and published two books written by women who have experienced pregnancy struggles and has also contributed to three anthologies.

Melissa was nominated and awarded an Australia Day Award in 2017 for her dedication and contribution in helping families through pregnancy loss.

In 2019 Melissa became an ambassador for the Pink Elephants Support Network, supporting mothers who have experienced miscarriage.

Letters of Love, Melissa's new book of Uplifting Letters from around the world was released in February 2021. Letters of Love will become a book series.

Melissa's mission is to inspire and empower those who would like to write their story and help them get their book self-published.

I'm on module 5 of Melissa's course and it has been an absolute Godsend. I have had a "book" in my head for way too many years. I had no idea where to begin to start making it look like a book. It was completely overwhelming! Melissa's course has taken these thoughts in my head (and on numerous notebooks, sticky notes, phone notes etc) and put them in order in such a way that my book is being created organically right before my eyes! It is exactly what I needed! I know that my thoughts would still just be thoughts without this course. Thank you Melissa for creating this incredibly helpful course!

I always knew I would start writing books one day. Melissa's course has made that dream a reality. Even if you have no idea what you want to write about, this course is excellent, because she starts at the beginning to help you find your Why and what YOU should write about. My book is finally in progress and I can't wait to publish!